A set of events last week at UBC explored new ways of encountering, seeing, and regulating nature. Two experiential events were the prelude to a workshop which focused on legal recognition of the rights of non-human beings. 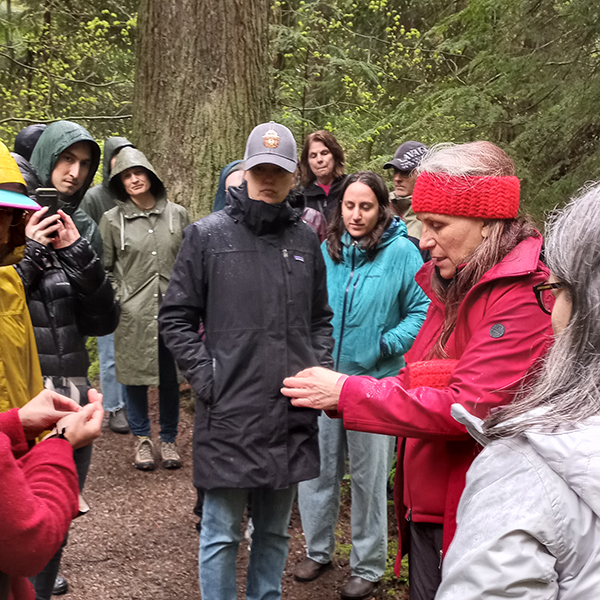 The sound of raindrops falling through the trees, the mud squelching on the trail, and the aroma of salmonberry bushes, cabbage, wet cedar and new ferns permeated the air on a Re-storying our  Relations with the Natural World – Mother Trees Forest Walk led by kQwa'st'not~Charlene George with the Sierra Club of BC. Tasting samples of sharp licorice buds, and feeling the wet seep in deeper and deeper, a group of 30 UBC-connected people explored Pacific Spirit Park on the Walk last week. The science is clear that Mother Trees communicate with other trees through mycorrhizal networks. Seeing the saplings growing from old stumps, and the buried roots that look like hippopotamus humps reaching out to each other in a forest grove, this communication seems obvious. Yet how does the law recognize these living beings?

That afternoon, the rain kept pouring down outside the atrium of CIRS where two artists spoke about how their work responds to the climate emergency. Holly Schmidt’s Fireweed Fields explores fireweed as a metaphor for climate change as the first plant to regrow after wildfires, which climate change will cause to grow in intensity and frequency, and her Forecast weather-inspired installation graces the windows of CIRS. Her dialogue was with kQwa'st'not~Charlene George, who in addition to being a forest guide, is the creator of Seeing Through Watchers' Eyes, a 320-foot mural that portrays the supernatural beings of the Coast Salish people. They underscored the importance of different ways of seeing to regain a balance with nature.

A diverse group of 25 lawyers, representatives of Indigenous governments and NGOs, filmmakers, activists, and UBC students from multiple disciplines discussed these questions: How does the law recognize nature and non-human beings? Who does the law see and protect?

Mari Margil of the Center for Democratic and Environmental Rights led and facilitated the workshop, building on her years of work in this field, coincidentally summarized a few weeks ago in a New Yorker article by Elizabeth Kolbert which examines the first rights of nature enforcement case in the US now underway in Florida. 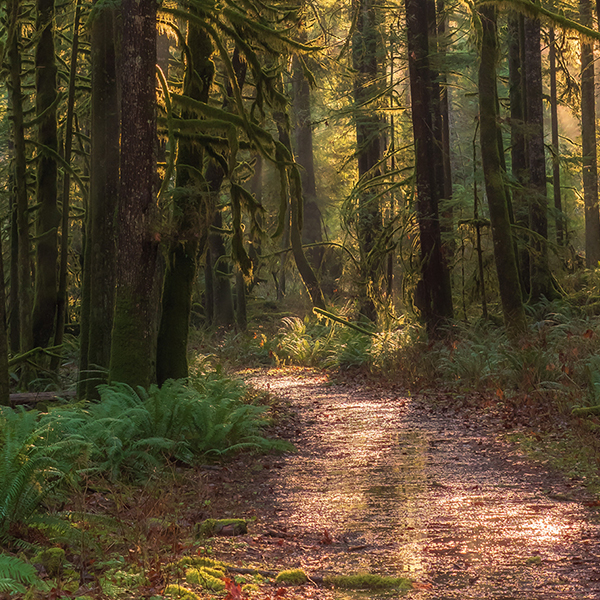 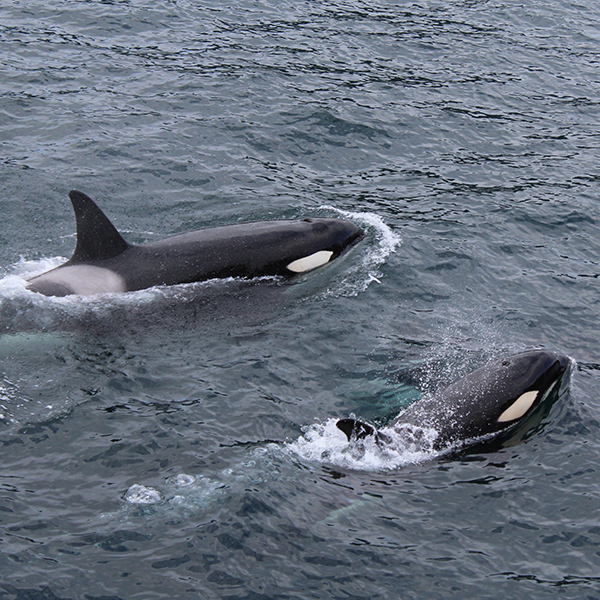 She then traced the growth of rights of nature in Western law and tied this concept to Indigenous legal concepts of being in relationship to the natural world, noting that any new recognition of rights has seemed unthinkable at first. Each new recognition prompted strife, from the legal rights of women through the suffrage movement, Black people’s rights to be free from slavery through abolitionism and to enjoy full civil rights, and Indigenous rights of sovereignty and self-determination. The same is true of nature’s rights, opposed by many entrenched interests.

Here are just a few highlights of recent legal developments:

Law, science, art - there is no single way to change course to avoid the fast track to climate disaster as UN Secretary-General António Guterres called the latest global science report from the IPCC. But as these combined events last week showed, experiencing nature in new ways and being inspired by the force and power of legal recognition of nature offers hope for change.

For more information, see UBC’s Centre for Law & the Environment and its series of webinars and forthcoming plain language resources to be published later this year.