A UBC guide for citizens and delegates

The world of climate negotiations can be confusing and overwhelming. The flurry of acronyms, the complex geopolitical bargaining, the painstaking minutia of the negotiations. Get the UBC A-Z for citizens and delegates.

Did you know that government delegates can spend an hour over the placement of a comma in an official outcome document? Or about the plethora of side events? All these details can make climate meetings hard to follow.

It's even more difficult when you're there in person for the first time trying to figure out what events to attend, where to find the latest news, and how to make the best use of your time.

The Sustainability Hub has prepared this set of resources for UBC delegates and for citizens who want to get involved.

A guide for citizens

For an overview of what happens at the meeting, start with this brief description of what happens at a COP. Last year the UK government, the host country for the COP26 meeting, published a 25-page guide, COP26 Explained. As more details are released on COP27, we will add them here.

International climate law and science
Here’s where the acronyms get deep. For background on the climate treaty regime, the official United Nations Framework Convention on Climate Change (UNFCCC) website is an excellent launch pad. The site’s resources include the set of climate treaties, starting with the UNFCCC (1992). Preventing “dangerous” human interference with the climate system is the ultimate aim of the UNFCCC.

The UNFCCC website describes the key documents in plain language and has short videos explaining more recent agreements, such as the Paris agreement. That Agreement starts with a commitment by Parties to ‘strengthen the global response to the threat of climate change’ by ‘holding the increase in the global average temperature to well below 2 degrees C above the pre-industrial levels and pursuing efforts to limit the temperature increase to 1.5 C above pre-industrial levels, recognizing that this would significantly reduce the risks and impacts of climate change.”

Each of the 197 countries that is a signatory or Party to the Paris Agreement determines and reports on its Nationally Determined Contributions (NDCs). See Canada’s latest NDC. Canada pledges to reduce emissions by 40-50% by 2030 compared to 2005 levels, and states the government’s commitment to reduce emission to net-zero by 2050. 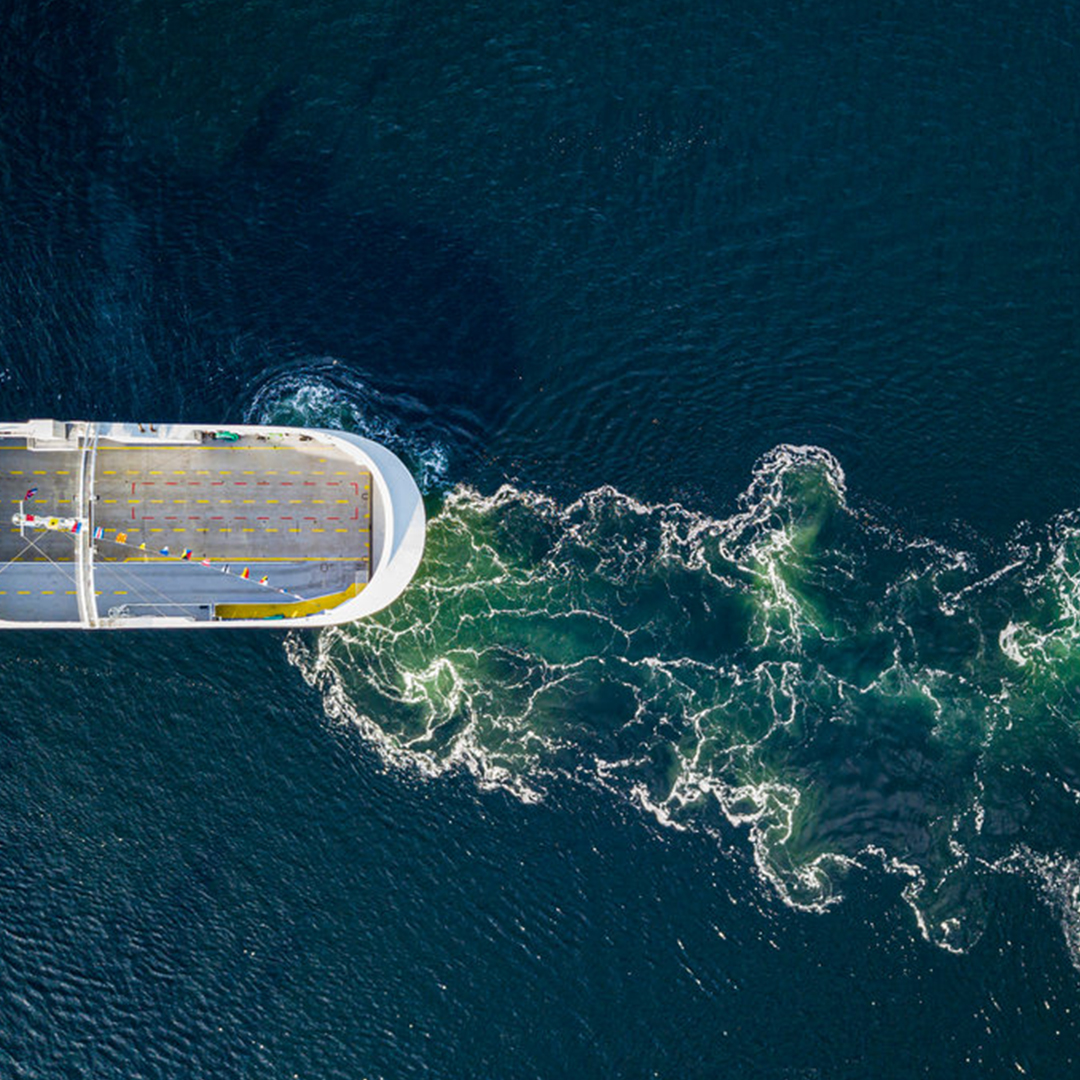 Climate negotiations are informed by science, collated by the Intergovernmental Panel on Climate Change (IPCC). This is the UN body responsible for assessing the science related to climate change, whose reports are a key input into international climate change negotiations. The IPCC’s comprehensive Assessment Reports examine knowledge on climate change, its causes, potential impacts, and response options.

The most recent IPCC report, Climate Change 2022: Impacts, Adaptation and Vulnerability, “is a dire warning about the consequences of inaction,” said Hoesung Lee, Chair of the IPCC.

“This report recognizes the interdependence of climate, biodiversity and people ... It emphasizes the urgency of immediate and more ambitious action to address climate risks. Half measures are no longer an option.” - IPCC Chair, Hoesung Lee.

One of the main organizations translating international environmental negotiations into plain language is the Earth Negotiations Bulletin (ENB) an independent reporting service that provides daily coverage at negotiations like COP27. The ENB is housed at IISD the International Institute of Sustainable Development headquartered in Winnipeg.

Canada has played a key role in increasing transparency of international negotiations through the IISD and ENB. For example, a recent IISD article titled The Paradox of Pledging: Is more flexibility enough? examines NDCs and notes there is no international oversight of their content and few rules governing what an NDC should contain; in other words, it is up to each country to decide. 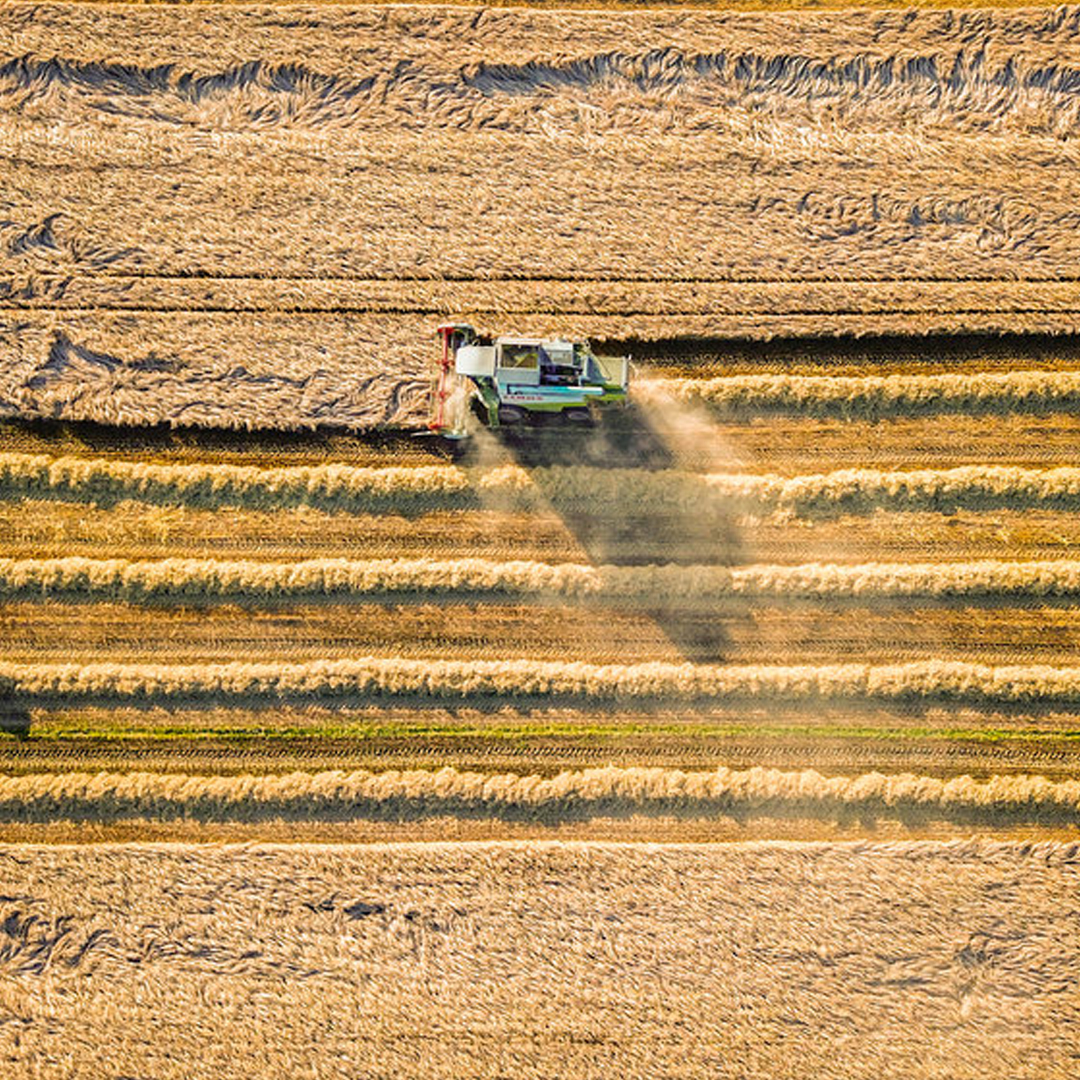 A guide for delegates and observers attending COP in-person

Going to a COP in-person adds even more complexity.

As an official government delegate, you have a defined role — to follow the instructions of the head of delegation, usually a top official in either the foreign affairs or environment department.

Fortunately, there is an excellent guide to being a delegate. Becoming a UNFCCC delegate: what you need to know was published by the IIED in the UK in 2016 and acknowledges that ‘attending UN climate negotiations for the first time is daunting’ as the process is ‘notoriously complex’.

Published in conjunction with Climate negotiations terminology: the pocket guide which demystifies acronyms, buzzwords and legal terms, these toolkits help everyone understand what happens at the UNFCCC negotiations.

In addition, nonprofit organization Second Nature prepared a very useful video guide for delegates in 2014, which is still relevant today.

An observer’s role is more limited than a delegate, they have no official role in the negotiations, though some may be invited to address the government delegates.

There are several categories of observer organizations, including universities like UBC. Transparency is greatly improved through observers, who report on and follow the negotiations closely and form their own alliances and networks. The Climate Action Network issues the notorious “Fossil of the Day awards” at the negotiations, which all countries aim to avoid.

For an illuminating set of blogs from last year's COP, see this series by Juvarya Veltkamp, Director, Canada Climate Law Initiative, and a UBC delegate to COP26: COP26: How we ended up here and key agenda items, COP26: Day one of the World Leaders Summit – Chaotic, unambitious, but pockets of hope, and Taking Into Account Climate in Every Financial Decision 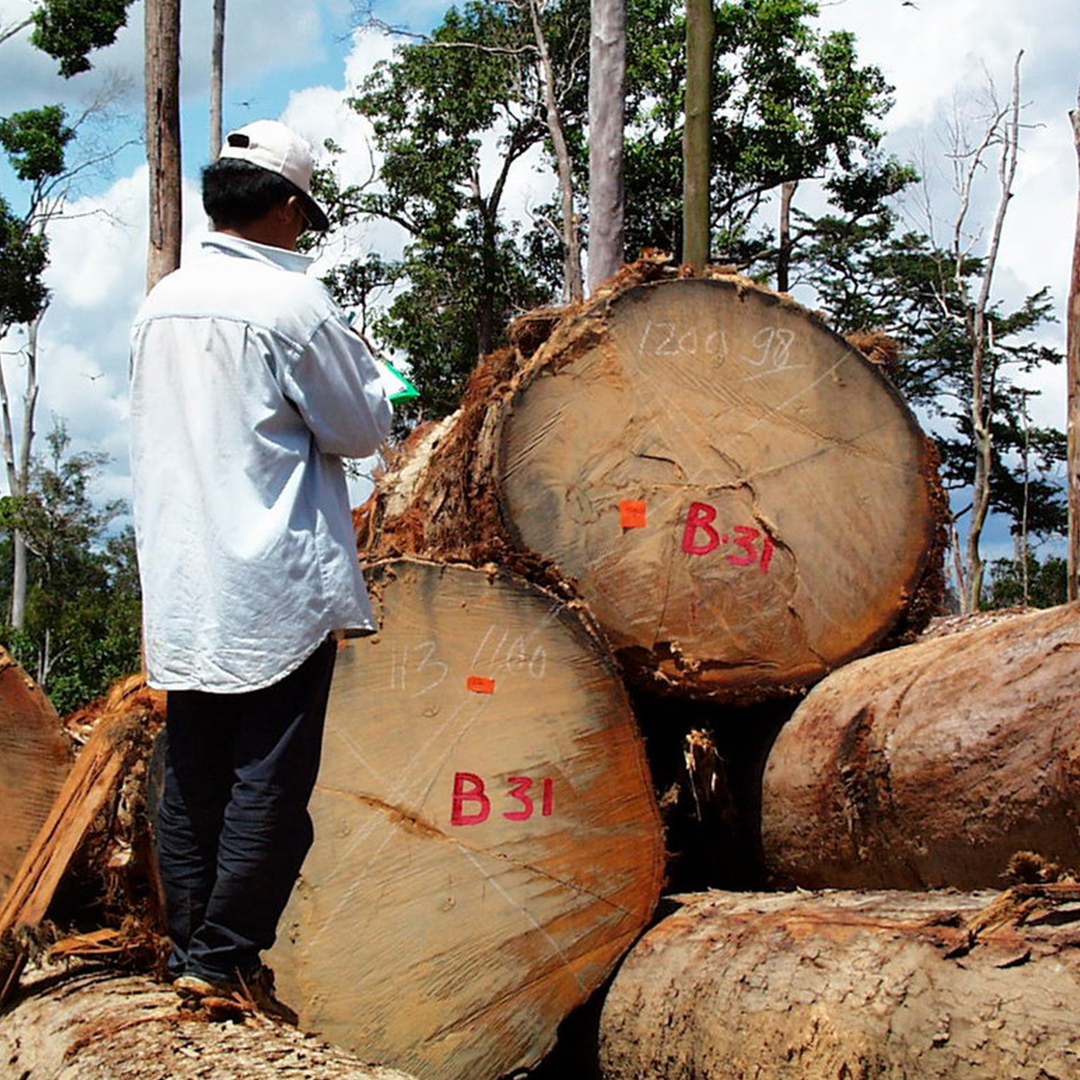 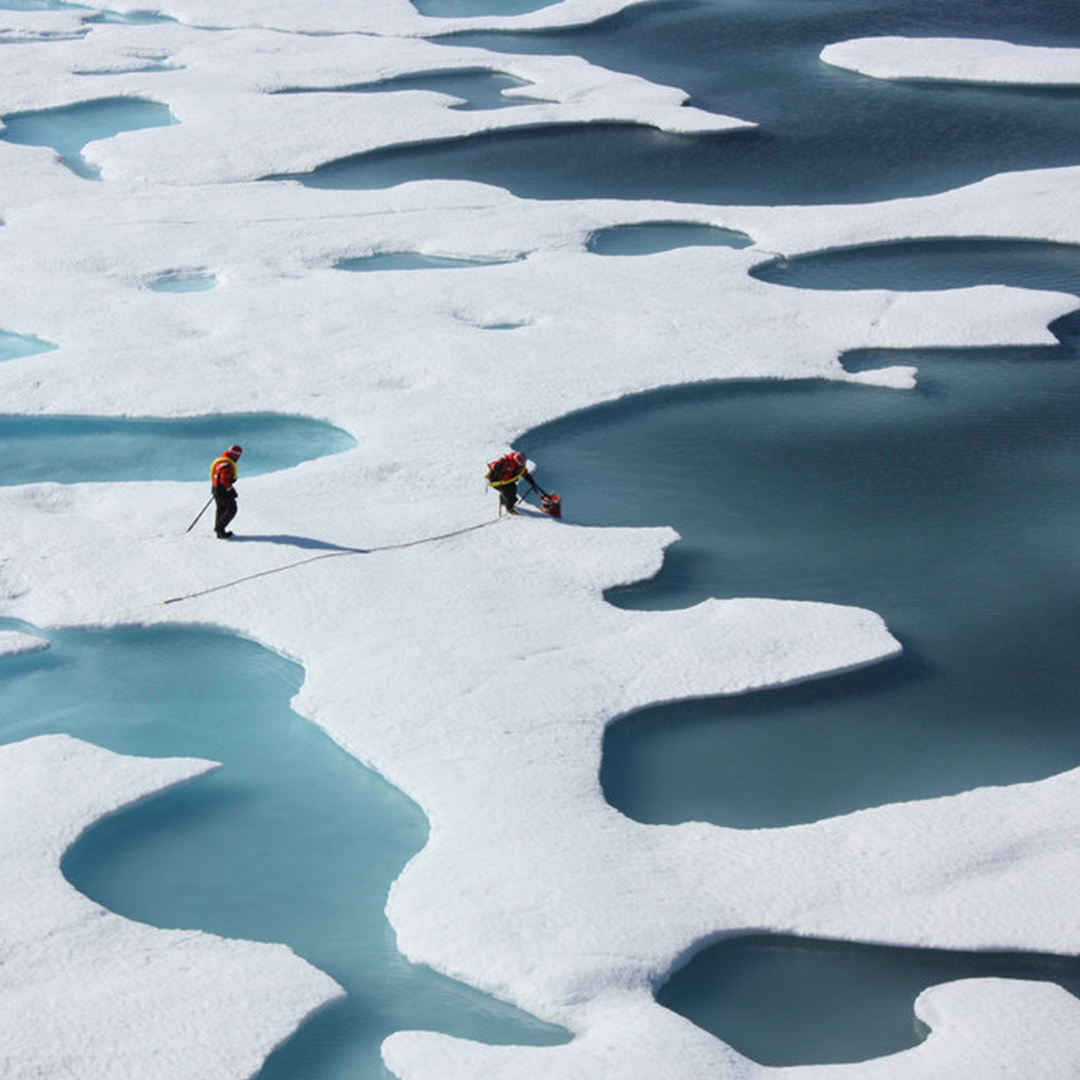 Much of the action will be in the “side events” rather than the official government negotiations. These are put on by civil society, business, governments of all levels, Indigenous organizations, and intergovernmental organizations, among others.

The Near Future – a Novel that Blends Fact and Fiction

Finally, after browsing through all these official government documents and bureaucratese you might want a good story to illuminate what it's all about. The Ministry of the Future is a novel by Kim Stanley Robinson, an absorbing story of a future that is just around the corner if we don’t act.

The Ministry of the title is the user-friendly name for a climate change oversight body, created (fictionally) at COP29, 3 years from now, designed to “work with the Intergovernmental Panel on Climate Change, and all the agencies of the United Nations, and all the governments signatory to the Paris Agreement, to advocate for the world’s future generations of citizens, whose rights, as defined in the Universal Declaration of Human Rights, are as valid as our own. This new Subsidiary Body is furthermore charged with defending all living creatures present and future who cannot speak for themselves, by promoting their legal standing and physical protection.” That official body was renamed by the press as “the Ministry for the Future,” and as the novel reports the name stuck.

US political commentator Ezra Klein (Vox) said "If I could get policymakers, and citizens, everywhere to read just one book this year, it would be Kim Stanley Robinson’s The Ministry for the Future." It is an eerily accurate tale of how climate change affects the world now, the power interests that maintain the status quo, the disruptors agitating for change, and the many working for change in Ministries of the Future all over the globe.

A choice lies ahead. The IPCC is clear that a 1.5 degree future is possible. Collective action by Nations, governments and individual is the only path towards a sustainable future.

Former US President Barack Obama also chose The Ministry for the Future as one of his favourite books of the year: his words offer both hope and a call to action for the decision-makers at COP:

"We are the first generation to feel the effect of climate change and the last generation who can do something about it." - US President Barack Obama

Writing a new ending to this story will need to include the voices that have historically been left out of climate talks, from the human and non-human communities that share the planet. 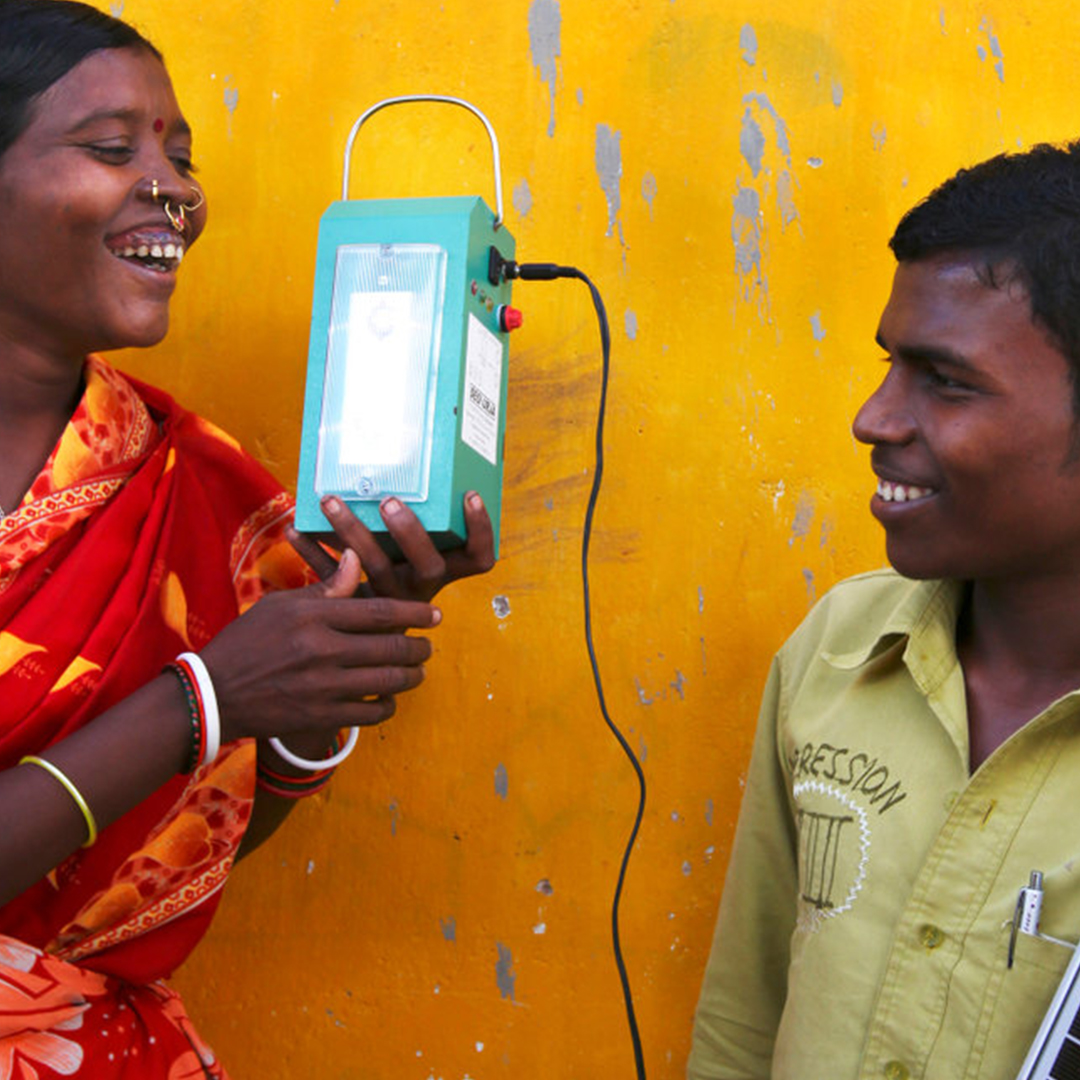