For some, a mention of a PhD student may evoke thoughts of dusty books, digital reports and long nights of research and writing. For Loch Brown, the PhD process involved motorcycling across the Sahara through an active minefield to research in West Africa. Though his current profession as an instructor of geography at UBC is considerably tamer than his experiences as a doctoral student, his background has had enormous effects on his views toward sustainability and his outlook on higher education.


Born in Quebec, Loch attended Carleton University for his undergraduate degree, graduating in geography and anthropology with high honours.

He then moved to England to pursue his master’s degree and PhD at the University of Sussex: the former in rural development, and the latter in geography.

“The PhD process was like the beginning of a Charles Dickens novel: It was the best of times, it was the worst of times,” said Loch.

Loch conducted the bulk of his doctoral research in West Africa. The focus of his work was on “informal sector actors and how they organize at the grassroots to help each other economically but also gain greater voice politically, all in the context of an incredibly authoritarian regime.” 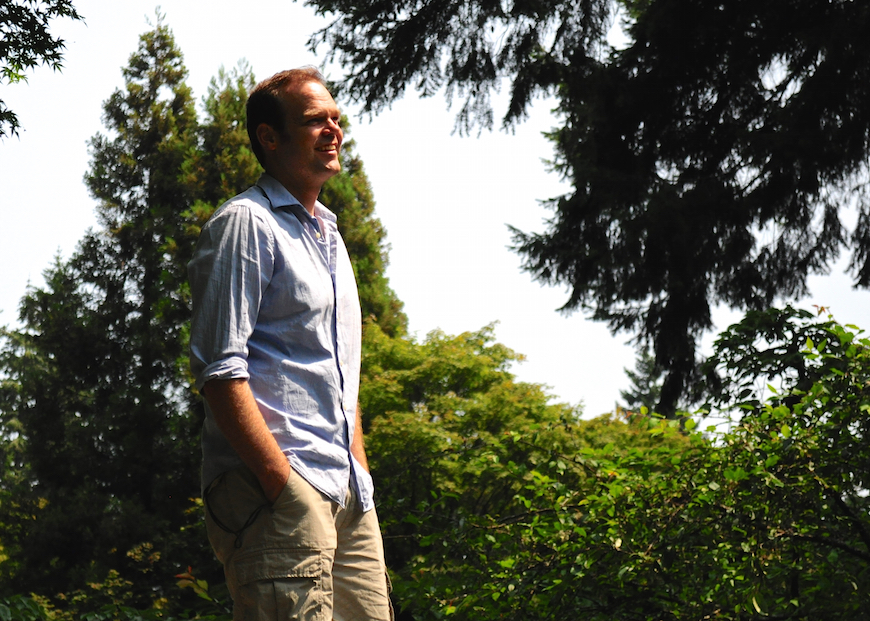 Starting in England, he made the trip to his research site via motorcycle with a colleague from his university. Travelling in a military convoy from the Western Sahara into Mauritania, Loch and his colleague found themselves at the border of the two territories in an area that was heavily mined.

“Our strategy, as motorcyclists, was to ride in the wheel tracks of the car in front of us. But, unfortunately, when we lined up in the convoy the guards waved to us and said ‘motorcycles in front’. And we were like, ‘No, no! That’s okay. We’re good back here.’ and they said, ‘No, no, come up! Motorcycles in the front!’

“So we drive up and we’re in front of this gate and the military is there and they have the convoy behind us all lined up. So they raise the gate and say ‘go go go.’ I’m looking at my friend going, ‘After you, Roy!’” Loch recounted with a laugh. “I went first, actually, and we went the wrong way.”

Loch’s experiences in Africa had formative effects on his perspectives toward sustainability, and life in general. In particular, the local nature of food production in the region where he stayed served as a reality check for him in regard to where food comes from, and sparked an understanding of the lack of awareness of commodity chains that exists in much of the world.

“We as individuals are becoming more and more distanced from the environment that provides us with all of the things we need for our survival: to support us economically, socially, culturally,” said Loch. “This is kind of an underlying riddle that we have to solve as a society: how do we reconnect people to the environment, how do we get people to understand that everything we interact with on a day-to-day basis came from somewhere?”

Loch earned his PhD in 2007, teaching at Simon Fraser University before coming to UBC in 2011. The focus of his research and teaching is on sustainable development and human-environment interactions, influenced heavily by his own experiences as a student. In the 2015 Winter Session he is teaching six courses, all of which are related to sustainability. 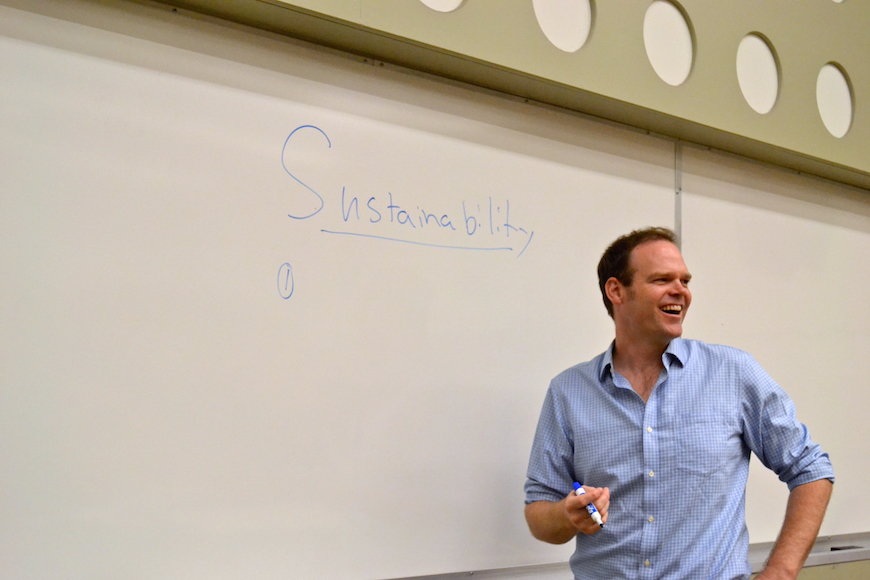 Although Loch’s courses are all in the geography department, UBC currently has more than 600 sustainability-related courses across all faculties. This is in keeping with the university’s vision to develop education pathways that prepare students for a job market that increasingly values sustainability understanding.

“Hopefully people will go on to apply what they learned in university to make positive change in the world around them. That’s what you always hope for as an educator.”

This student profile is part of a series developed by students in order to highlight student, faculty and staff leadership in sustainability.