The Outlaw Ocean: A conversation with Ian Urbina 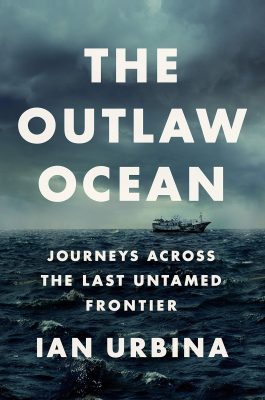 There are few remaining frontiers on our planet. But perhaps the wildest and least understood, are the world’s oceans: too big to police, and under no clear international authority, these immense regions of treacherous water play host to rampant criminality and exploitation.

In his new book, The Outlaw Ocean: Journeys Across the Last Untamed Frontier, New York Times investigative reporter and Pulitzer Prize winner Ian Urbina uncovers a globe-spanning network of crime and exploitation that emanates from the fishing, oil and shipping industries, and on which the world’s economies rely.

Join Ian at the University of British Columbia as he discusses the stories of astonishing courage and brutality, survival and tragedy, that he witnessed in the high seas.

Moderated by Peter Klein, director of UBC’s Global Reporting Centre, this event is a collaboration between the Sea Around Us initiative, the Institute for the Oceans and Fisheries, UBC’s School of Journalism, the GRC, and Trace Foundation.